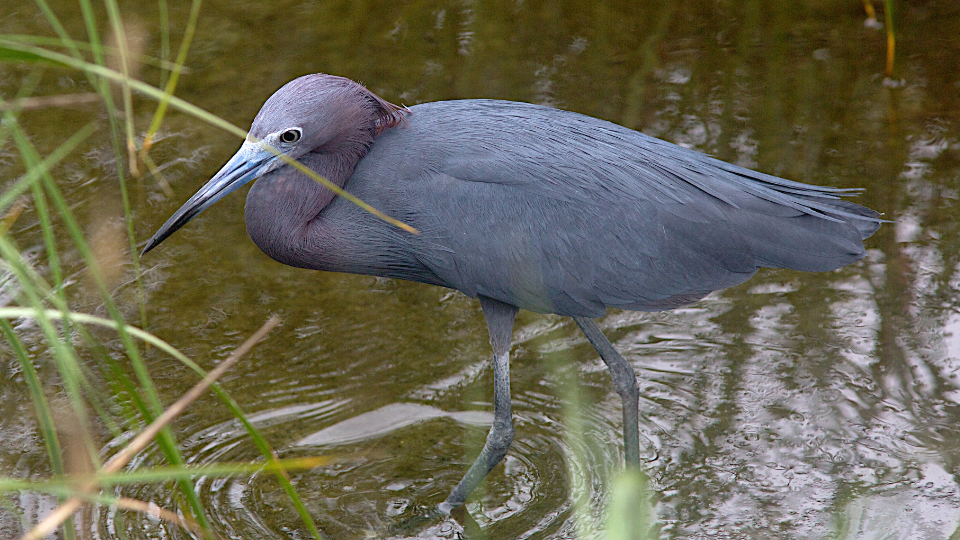 Little Blue Herons can reach lengths of 24 inches. They live in ponds, marshes, swamps and shores and eat fish, crustaceans and insects. Their range consists of the eastern portion of the United States, mostly southern parts of Central America, coastal Mexico, northern South America into central South America and the Caribbean.  No other species of heron has such a drastic color change from white when it is young to bluish with a maroon neck as an adult. Habitat loss has resulted in a decline in this species.