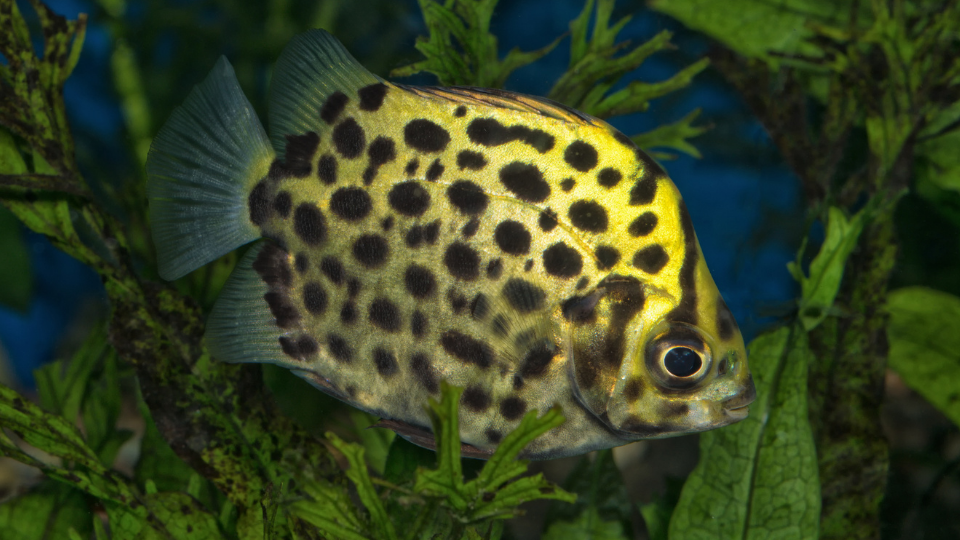 The Scat is generally distributed around the Indo-Pacific region, to Japan, New Guinea and Southeastern Australia. These fish are kept for their looks and curious behavior, especially in body structure resembling the famous discus fish. The Scats are hard fish of brackish and seawater that tolerate freshwater only when young. The Common Scat is omnivorous and an indiscriminate eater. Food includes vegetables, small animals, and debris.  Scat is eaten by some people from its original environment, and can sting with small spikes in its anterior parts, inflicting venom that causes pain greater than the wound size and dizziness. Treatment of the wound is often done by soaking the infliction in hot water.