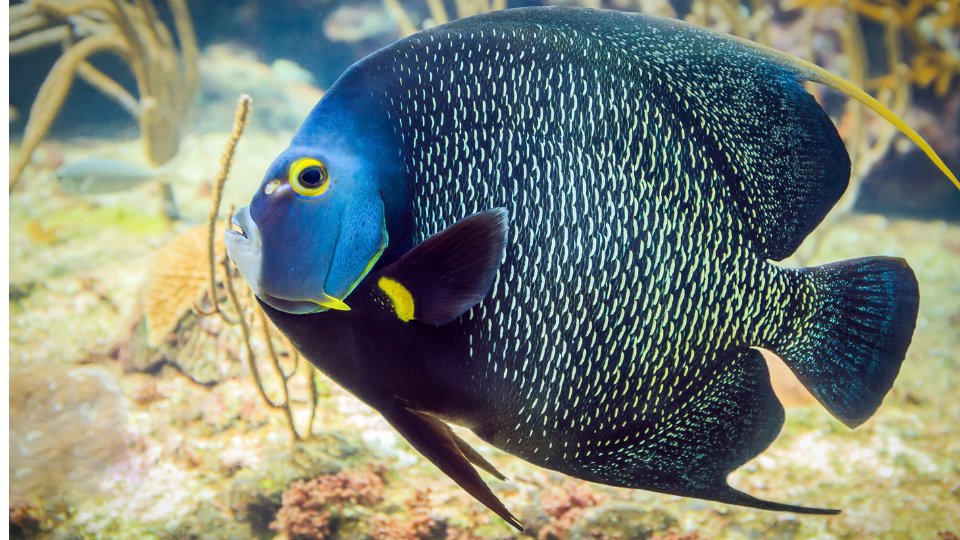 The French Angelfish is found in temperate waters in the western Atlantic from Florida and the Bahamas to Brazil, as well as the Gulf of Mexico and the Caribbean. They are most commonly seen in pairs in shallow reefs near sea fans.  The body of the adult Angelfish is black, but the scales are rimmed in golden yellow. Also, the pectoral fins have a broad orange-yellow bar while the dorsal filament is yellow. With a white chin, yellow iris and blue-rimmed eyes, the Angelfish is very colorful.  Angelfish eat mainly sponges which are plentiful in the areas where they live.