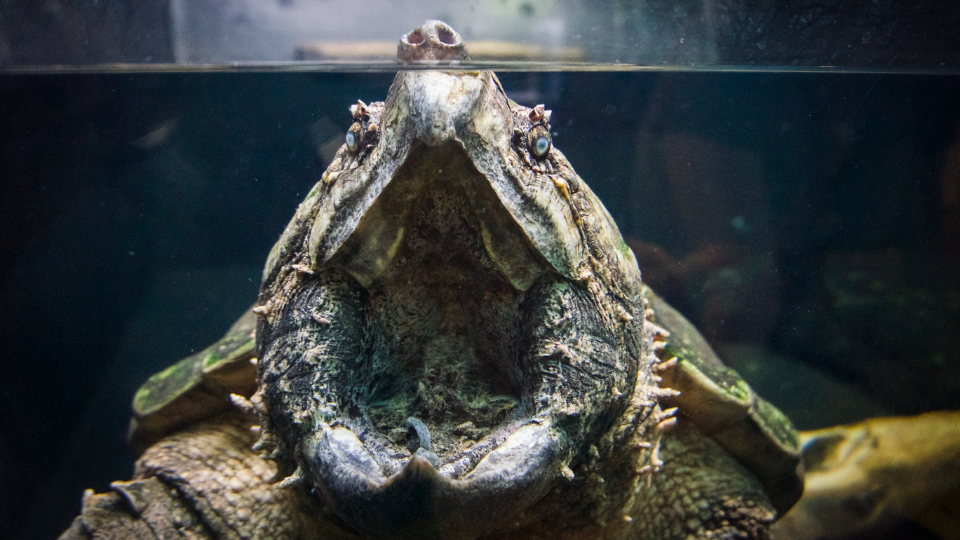 The largest freshwater turtle in North America, the alligator snapping turtle is found primarily in the southeastern United States. Due to the exotic pet trade and habitat destruction, it is considered a threatened species. Alligator snapping turtles are believed to be capable of living up to 200 years in the wild but 80 to 120 is more likely. In captivity, they typically live 20 to 70 years.  The most distinguishing characteristic of this species is its worm-like tongue which it uses as a decoy to lure unsuspecting fish. When they come close, the turtle snaps its powerful jaws shut, securing its prey.