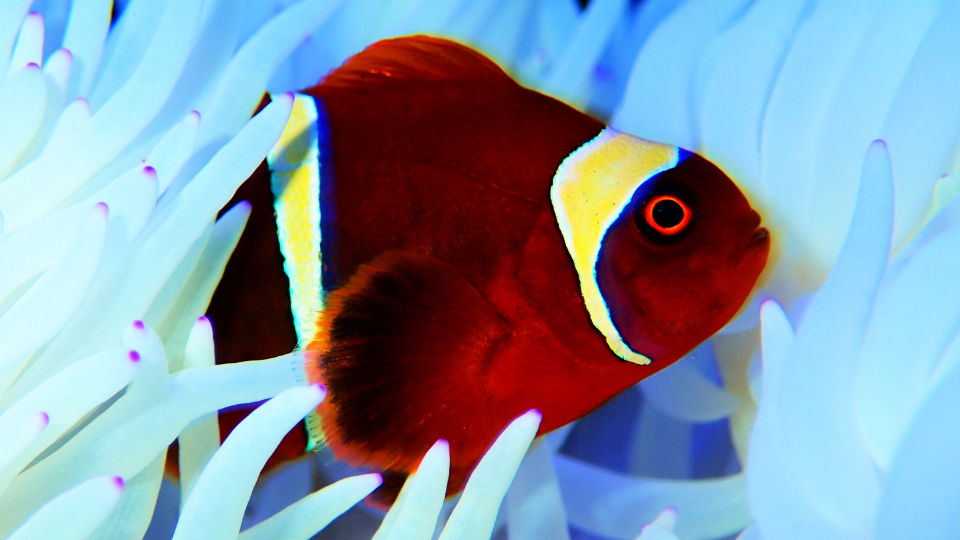 This is one of the species of clownfish the Flint RiverQuarium has on display. It is found in the Indo-Pacific oceans of the world. This species can grow up to 6.5 inches in length. They feed on plankton and algae.  These are very aggressive clownfish and don't typically tolerate other species and its own kind unless it is part of a mated pair. Clownfish find shelter in sea anemones. Sea anemones provide the shelter and protection from predators while the clownfish attracts prey to be eaten by the anemone. The clownfish do not get stung by the anemone either because it secretes a thicker than normal mucous slime so the anemone's tentacles cannot penetrate its body or the clownfish is immune to the sting of the tentacles. Scientists still don't know.