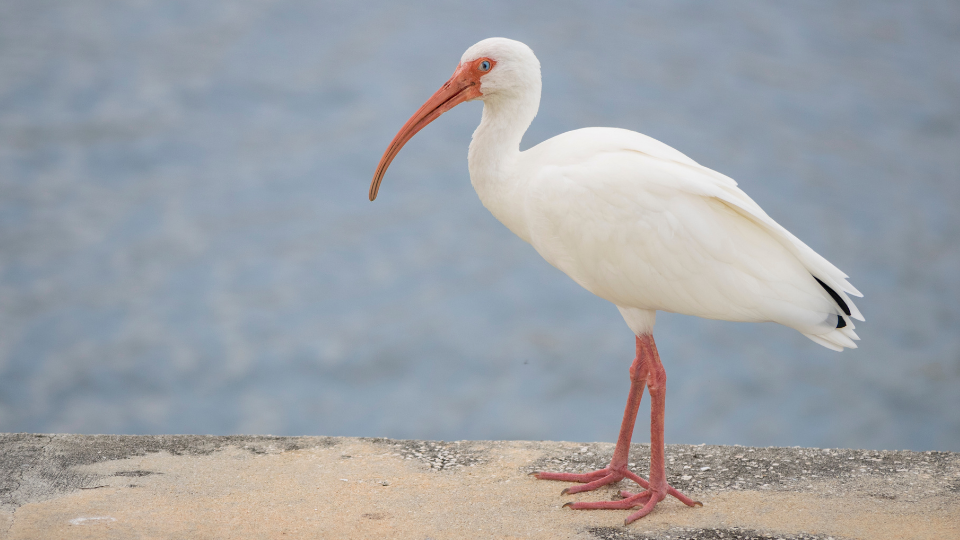 The White Ibis is found mainly from the mid-Atlantic and Gulf Coast of the United States south through most of the New World tropics. It is a medium-sized bird with an overall white plumage, bright red-orange bill and long legs. It has black wing tips that are usually only visible in flight. Males are longer in size and have longer bills than females. There diet consists primarily of small aquatic prey such as small fish, crustaceans and insects which tend to be their favorite. The White Ibis will put its deeply decurved, pointed bill in loose soil to probe for prey. This species often grunts as it feeds.